Thermoelements constitute the basic part of all of the wax type products in which both functions of temperature sensor and actuation coexist.The wax sealed inside senses ambient temperatures and expands, which leads to transfer of the piston(lift length). Various use is possible. 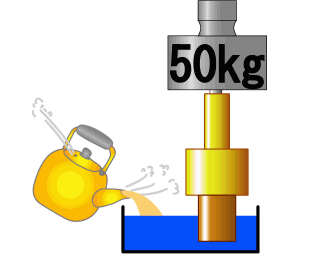 The thermoelement operates in compliance with variation of temperatures. It extends its piston in high temperatures, while shortens in low temperatures. 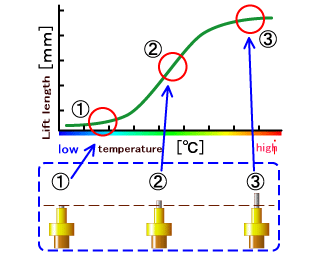 The lift length of the piston in thermoelement varies with variation of temperatures as show left caused by expansion of paraffin wax enclosed. 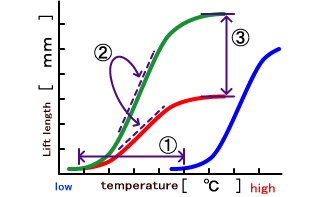 By changing characteristics of paraffin wax,free designs for the following features will be possible. 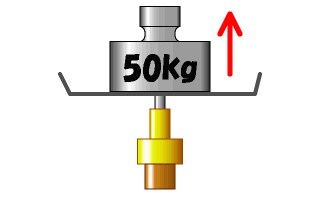 Strong output power will be expected. 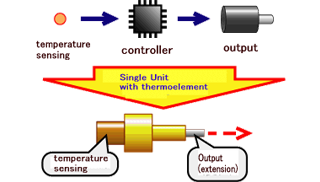 Thermoelements combine both functions of temperature sensing and output,which saves costs compared with an electric system. 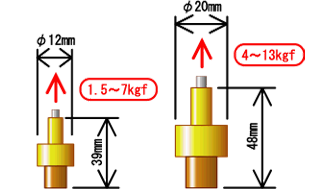 Examples of thermoelements Naturally, powerful output will be expected by large ones.

As heat expansion of paraffin wax operates thermoelements, an electric power supply is not necessary. Therefore, it can be mounted even on such location where power supply can not be expected or hard places to use electricity due to around water.

Sustainable in variation of environment

The thermoelement is sustainable in hard variation of environment as easily imagined from the use in automobile engines for cooland circuit. Service temperature is wide enough of -40℃～130℃ compared with motors.

Completely no sound of operation different from motors.

The thermostat is, as an example of applications for automobiles , a flow control valve built-in the coolant circuit of automobile engines. Following illustrations show an actually example of a thermostat in the plastic housing mounted on some automobiles. 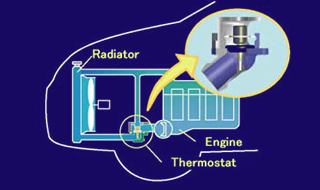 The thermostat is built-in the coolant circuit of automobile engines and operates to keep the coolant temperature constant.
Its operation is as follows. 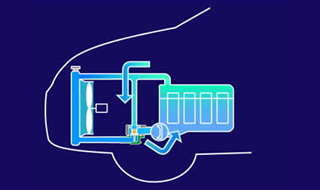 Coolant flows as shown by arrows. 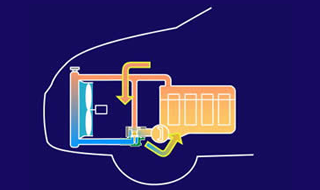 As the engine is getting warm and a coolant temperature reaches such temperature as thermoelement begins to extend, the element opens the valve of thermostat.

Then the cooled coolant from the radiator passage flows into the engine. 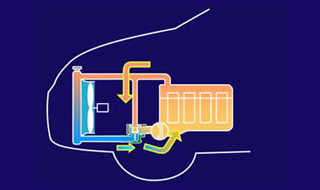 As the rise in temperatures of coolant flowed into from the engine, the valve opens furthermore and lots of the cooled coolant flows in.

Thus the thermostat operates in keeping temperature of the coolant flowed into engines constant. 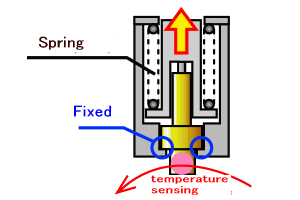 Fixed mounting
The left illustration is an example of equipment mounted fixedly. 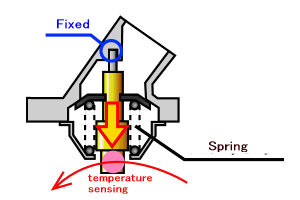 Sliding mounting
The left illustration is an example of equipment, the body of thermoelement moves instead of the piston.